Welcome to Genesis Casino, the birthplace of great gaming.

Genesis Casino wanted to bring its players the perfect gaming experience. The casino started with a beautiful and easy to use lobby, which then has a great selection of some of the best games in the world. Genesis Casino tops this off with grade-A customer service and generous bonuses.

With this simple idea, the team behind it all created a great casino for Canadian players. Keep on reading and see for yourself.

I had great hopes for my foray in the world of Genesis Casino. The site is designed with taste and I could see that a lot of thought had been put in the development of the visual elements. But other than proposing an eye-catching website and a well-rounded game selection, this casino ventures too close to the mediocre with some elements that are important to many gamers. A series of factors make that the team at Genesis has some work carved out if they intend to earn a spot amongst top ranking online casinos.

Bonus package comes with your four first deposit. The initial deposit doesn't need a bonus code, but the remaining ones do.

Free spins are credited in batches of 30 spins. The first batch comes when you deposit and the remaining ones are rewarded during the next nine days.

The free spins are offered on Fire Joker, a Play N Go modern fruit machine, which features excellent electronic music that compliments perfectly the action on the screen.

When you accept your bonus, your first cash deposit is automatically transformed to bonus money, and needs to be wagered 40 times in order to be deemed “Real money”. As you will discover with further reading, this seriously limits your ability to play.

They don't skimp on the games at Genesis Casino. This casino know that players want to try out different things and each have their own favourites. So Genesis Casino decided to give you every great game available under one roof.

You can find the hottest new slots, the evergreen classics and everything in between. And let's not forget about all the great table games, scratchers and video pokers as well.

Genesis Casino also has all the big jackpot slots right here. Mega Fortune, Mega Moolah and Queen of Alexandria WOWpot are just the tip of the iceberg.

Genesis offers a decent selection of slots that some would consider bare-bones. The casino is associated with a few high-end providers such as Microgaming and Netent: great choices. But this is where my experience at Genesis took a turn in the wrong direction. The fact that my money was locked in bonus mode until I wager it 40 times excluded me from playing a long list of slots and ALL live games. Of course, it took me a while to discover this, as I simply assumed that there was a bug in the system. As it happened far too often, I had to contact customer support to clarify the problem.

My Experience with Genesis Casino Slots

A few attempts at certain slots were blocked because of “insufficient funds”. My initial refusal occurred at my very first slot: Super Lion, a Skywind cosmic themed slot which mimics Netent’s popular Starburst. Another barrier to play happened shortly after with Tomb Raider Secret of the Sword. My capacity to successfully try slots became a type of hit-and-miss game… that is until my call to customer support. A member of the staff eventually delivered a long list of slots – at a glance, I would say about between 80 and 90 games - that are off limits for play with bonus money. At least, I walked away from the slot session with a new positive experience: Vikings Go Berzerk is a well-designed and entertaining Yggdrasil video slot featuring great graphics and 3-D characters of a quality resembling the Betsoft visual palette. Another positive feature is that all slots are offered in a free version without having to register; they got that right.

Here, I have nothing to say. The games loaded properly, and I was able to successfully play several hands of Blackjack and Roulette. Although I expect a seamless gambling experience to be the norm in any online casino, this helps Genesis to balance out its overall performance.

Although broad in variety, I never got to really experience the live casino because of the bonus money restrictions. I did venture into the game themselves in order to get a general feel. The Evolution games are well presented, and the setting appears to be a studio in Malta. As for the hosts, many of the ladies were unengaging and lacked energy, giving a general soporific feel to the entire live casino experience.

Playing on mobile is easy. Genesis Mobile Casino is built with HTML5 technology, which means that you can play with any modern mobile device.

You don't need any downloadable app to play. All you need is a mobile browser. Just hop on to Genesis Casino and you can enjoy all the games and services. You have access to all of the casino's great games wherever you may go.

The mobile version of Genesis casino is clean, fast, and thanks to its reduced format, visually appealing as graphics appear bigger. This is a full duplicate of the desktop version, and I will attest that it worked better than the traditional platform.

Genesis Casino wanted to give its players the best possible live casino experience, which is why it chose Evolution as the live provider.

Evolution is known for their superior live games that are second to none. You have a large selection of different games available. Everything from classic card games to innovative game shows are right here waiting for you.

Genesis Casino values its players safety greatly. This is why the site is built with strong encryption.

Safety on Genesis doesn't only mean data safety. Genesis Casino also takes care of its players and help them with gambling problems.

You can set limits on your account on how much time and money you spend. You can also self-exclude if you feel like you are playing too much.

If you ever have any questions, don't hesitate to contact Genesis Casino's support team. They are ready to help you.

You can contact Genesis Casino via live chat, email or phone. The casino also has a great FAQ, which answer the most common questions.

I will give Genesis an ‘OK’ mark. Rather slow, at least the service is provided by real people, and although the answers provided were not what I wanted to hear, it was done with honesty. The live chat service is available 24/7 and players can access it through the interrogation mark logo located in the top right corner of both the desktop and mobile versions.

Genesis Casino follows its licensors requirements strictly, which means that the casino needs to know who its customers are.

The KYC process starts with player registration, where you input all the basic information.

Later, Genesis Casino may require you to send documents as proof of these. The documents include:

Account verification cannot be performed voluntarily. Players must therefore wait until the casino signals them to do so and the terms and conditions do state that only in the case of a withdrawal amounting to $2300 or more ID verification will be requested. I think that this is very reasonable; somewhere north of $1K is perfectly justifiable to have to prove your identification and address.

Money transfers are made easy on Genesis Casino. There are a lot of options for Canadian players, and all of them are fast and secure.

I performed my deposit with my trusty Visa card and the payment process was flawless. I cannot comment on withdrawals as my money was locked in bonus mode, but I suspect that, in light of the complicated bonus conditions, winners should expect unsavory hurdles. 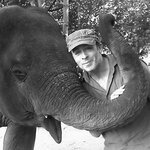 I'm a gaming enthusiast and I've developed an online casino expertise over the past 5 years. I review and rate games and casinos, as well as software developers for blogs all over the world. So far, I've written reviews destined for the Canadian, American, French, British, South African, Australian and Swiss markets.